on February 03, 2020
My love for Australian Rules Football - one could argue, stems from when I was in utero. Ask my Mum and she will happily tell you that whilst she was pregnant with me that I was already practicing my kicking technique.  Kicking my Dad in the back, feet protruding through mum's belly. 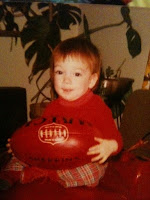 I grew up with a footy in my hand. Dad worked at St. Albans Football Club initially as the property steward, so he always brought the bag of footballs home. I preferred them over my own toys apparently. It wouldn't before long that I had a collection of my own footballs to kick about. 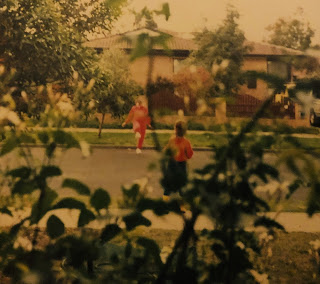 I was part of the era that had the usual roadblocks when it came to girls playing football in a league or a team. 'Girls can't play footy - it's a man's sport', 'Once you turn 13, you'll have to find a girl's sport to play. Netball is pretty fun to play'...
Dad got a job as a trainer at the Melbourne Football Club when I was 12 years old. I watched on as AFL transitioned into a full time career for the players. This certainly fuelled my love for footy even more. It inspired me to teach myself to kick the footy better, to mark stronger, hell I even daydreamed about what it would be like to be the player who won the match off their own boot after the siren in a grand final. Maybe one day I could be a full time footballer.
In Year 12 way back in 1995, I was approached by an English teacher of mine to see if I would be interested in helping to organise an all girl's football team and play in a competition in the western district. I jumped at the chance to fulfill a lifetime dream of playing in an all girl's team.
I was fortunate enough to be named the captain of this first ever all girl's team of Copperfield College / Kings Park Secondary College - (I have no idea what it's known as now!)

I didn't kick that winning goal after the siren but I did manage to kick a goal on the run from the boundary line from about 40m out. I like to tell everyone it was 50m... not bad for someone severely short sighted and wasn't wearing her glasses and contact lens weren't on the agenda yet! Maybe that's the trick to it!
Because of reasons, I wasn't encouraged to play footy outside of high school. My time ended up being consumed by University and work. Then life things happened, I came out, I struggled with that, I moved interstate.
During this period of time my soul was never settled. I craved something. Something more. Always came back to the footy. I missed it terribly in my 7 years in Queensland. Going once a year if I was lucky, just didn't cut it. (And if I heard one more Queenslander refer to the game as GAY-FL to my face...)
Anyway, fast forward to when I came home in 2010. I got to get back into my footy. But, it had changed. A lot. Like, a helluva lot. Even with my dad working at the MFC still. I didn't feel like I was a part of it anymore. There was no connection there.
When the exhibition series of the women's footy happened between the Demons and the Bulldogs, I started to get excited that maybe, just maybe, this dream I had growing up may actually happen.
Then when the AFL announced that there would be an AFLW competition my heart soared. It was actually happening. It wasn't a distant dream anymore.
When the first preseason rolled along, I went down to check out the training, just to see what it was like, well, that and live vicariously through these women who were kicking a footy wearing the red n blue I grew up supporting.
To my pleasant surprise the girls were so chatty and approachable. I watched them interact with kids who came down to watch, they even spoke to me. I didn't feel so invisible around the game anymore.
AFLW has really opened my eyes and heart to new horizons, in particular I learned so much - partly through my thirst for knowledge - about the Darebin Falcons because that's where Daisy Pearce, Melissa Hickey, Karen Paxman, Elise O'Dea, Lauren Pearce, Maddy Guerin, Brooke Patterson, Darcy Vescio, Lauren Arnell, Katie Brennan, Aasta O'Connor, Meghan McDonald (and so many who will follow in their trailblazing footsteps) came from.
This opened my eyes to a competition I had no idea existed and how big it was. My curiosity lead me to go watch some Falcons matches and I became a fan instantly. Even dragged my family along to help cheer them on.
Fate played a big role in an opportunity to play at the Falcs and in turn put my hand up to help coach the juniors. Entering my second year of this I am just as excited, nervous and giddy as I was the first time around.
People who aren't AFLW fans have asked me why I am so into it. It's quite simple. It's where I feel I belong. As a very often outspoken supporter, I feel like I am able to contribute, I feel included, I feel valued.
There's a select few in the AFLW who have inspired me more than they'll ever know. It may not mean much to them but it meant a lot to me. 2019 became a year of change for many people. It was the biggest year of growth and belief for myself.
I found myself supporting all the players, regardless of the teams they play for, no grudges held against players who left the Dees. It's because we want to see them all succeed. I want to see them all succeed.
If Mel and Rocky hadn't left the Dees and moved to the Cats I probably wouldn't be as interested or aware of others teams outside the Dees.
I think that's the biggest thing I've noticed about my mindset with AFLW.
I'm more aware of other teams and how players are travelling. I genuinely want to see them all succeed. Obviously my Dees are number 1, but now the Cats are my 2nd team, never thought that could or would happen.
I make sure I watch every single match played in the AFLW. Even if I have to record a game if I can't watch it live.
The community that has been built basically from scratch supporting the competition, its players, the clubs, it is nothing short of magical. Some amazing friendships have blossomed, we support each other, we stand up for each other.
It has become a family for those who need it the most, for those who get it, those who didn't know or felt like they didn't belong in this world, they are finding their people and themselves being apart of this community.
I cannot count my lucky stars enough to be able to talk about football with everyone I cross paths with who love women's footy as much as I do. 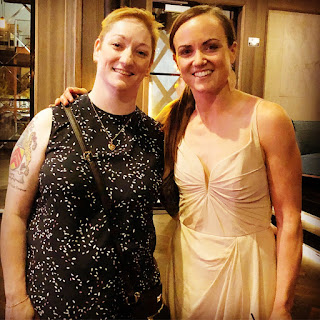 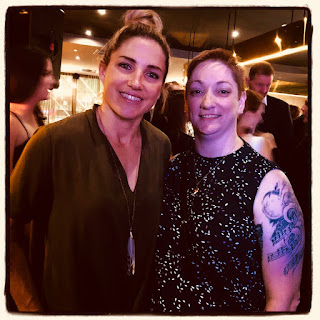 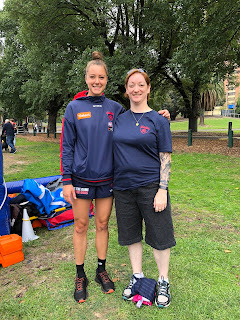 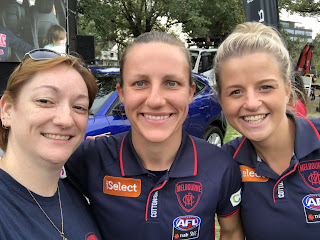